Ladies: Stop Saying You Have A Boyfriend When You Don’t!

I just read this article titled  Stop Saying “I Have A Boyfriend” by Alecia Lynn Eberhardt, and I have a few things to say about it.

This is from a feminist author. My main problem with feminism is that feminists say it’s about “equality”. It’s really not about equality at all. I mean, the name feminism itself implies it’s about women. If it was about equality, which it isn’t, it would be called equalism. Or something like that… But I don’t want to discuss feminism or equalism right now, so I digress…

I completely agree with women not using the I have a boyfriend excuse when they are single, but for entirely different reasons. Here are my top 6 reasons why single women should stop telling men they have a boyfriend.

It’s a lie and it perpetuates and makes lying “moral”, which it isn’t. It doesn’t matter if it’s a little white lie, that you think is harmless. As you will see, all of these little white lies add up to be one big giant lie.

2. It Doesn’t Give Men Anything To Be Responsible For

Guys who hear this excuse, and with whom there are personality traits that need improving, don’t get the feedback they need from women to make the necessary improvements to themselves in order to get into a relationship. Guys need to take responsibility for their flaws and try to improve themselves if you ever expect them to stop being creepy. Without that information, they have nothing to take responsibility for. They can’t get learn to be uncreepy because they don’t know they’re doing anything wrong.

Men *neeeed* rejection, they don’t need their feelings spared, they aren’t women. Women do that to each other, but guys in general, don’t get it. They need honesty. They need women to tell them they genuinely aren’t interested in them or attracted to them. It hardens them. The more rejection men have to deal with, the better they’ll be come about dealing with it. And trust me on this one, I have lived it and I watch the men I teach go through it and come out the side a better man. 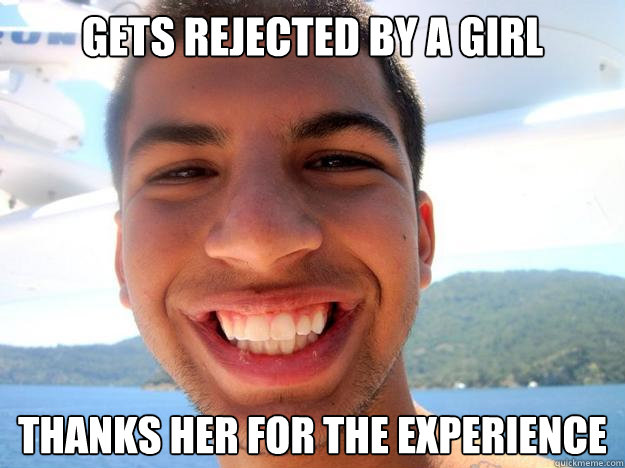 4. The “Male Privilege” Argument Is Bullshit

God, I hate those two words together! Ugh! I think this “male privilege” argument she uses is completely horse shit, because there are plenty of guys who don’t care if there’s a boyfriend/husband around and will fuck you anyway, and this argument does NOTHING to explain these kinds of men.

Respecting the “I have a boyfriend” excuse isn’t at all about “male privilege” (ugh!) or that there’s a man in the picture, it’s about showing respect for the *relationship* itself, a relationship that consists of two people agreeing to be together that makes guys walk away.

5. Men Respect Women *Too* Much

The problem with most men isn’t they don’t respect women enough, it’s that they respect them *too* much. “Wait. Did he really just say that?!” Yes ladies, I did, but let me explain. Men put women on pedestals. They will change who they are and lie to themselves and others (and you) to try to please you so that you will like them.

These men are the “nice guys” that plague your relationships. You know the guy I’m talking about ladies, he’s the guy who can’t decide where to eat until *you* pick the place, who can’t pick the movie to watch until you tell him what *you* like. He’s the guy who doesn’t take the lead for you when you need him to.

There is a book on this entire phenomenon titled No More Mr. Nice Guy by Robert Glover that explains it in such accurate and painful detail, that I can’t even do it justice by writing anything about it here. Just pick up the book and give it a read.

(Side note: I have never heard of a feminist reading up on men’s issues, have you?)

I don’t like that the overall tone of the article is about placing blame on men. That won’t help either gender get along with each other better. The best advice is to promote a solution that unites men and women, and doesn’t drive them apart.

But best of all, you were honest the whole time and didn’t have to lie. You were a kind and compassionate woman who displays her feminine energy, and doesn’t front a masculine roll because she’s taking the advice from a wannabe man. Shine in your true feminine nature. The world, and men, will love you for it. : )