Guys Suck At Flirting or… How To Piss Off A Feminist 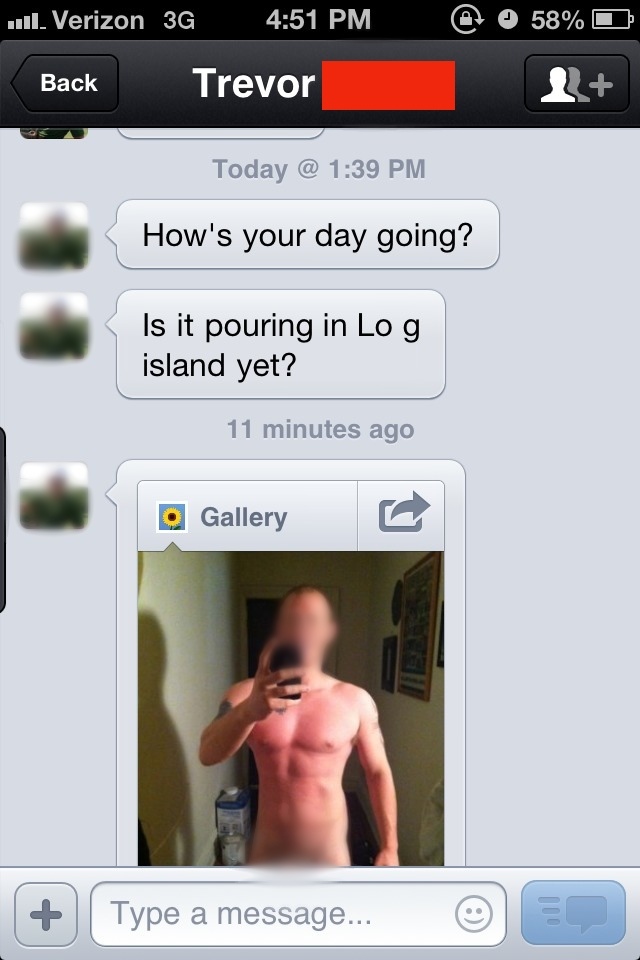 Ok.. I wanted to support this.. I reeeaally did.

GUYS: It’s just stupid to send pictures of your junk to women via online dating sites. Ok? That’s not going to work. You need to learn some conversation and flirting skills. You’re too basic.

Anyway, I wanted to support the woman sending the dick pic to his mom because, “Hey.. how the fuck else are you guys going to get it?” But then I read her last text message about (shudder) “rape culture”. (ugh, I hate typing those words, my body literally cringes)

But here’s where feminism goes wrong, again. This isn’t rape. Rape is about a million times worse. A month from now you won’t even remember this, whereas rape is never going to be forgotten by the victim. The degree of trespass committed on you for seeing naked picture of some flirt-retard is nothing compared to the degree of trespass rape victims have to deal with.

Furthermore, the guy was trying to FLIRT with you… Sure, he wasn’t going about it in the right way, but why not be a little grateful about the attention you’re getting from him?

And finally, femisms “solution” here is to retaliate, to get revenge, instead of going back to the source of the problem (the slow socialization of boys) and trying to educate them instead. Because that’s the real answer here.

Fuck off feminism. You’re not the solution.

« Ladies: Stop Saying You Have A Boyfriend When You Don’t! » Life With A Crazy Psycho Obsessive Stalker Ex – Part 4