1Social media and news channels all over the world, including CNN, are fuming about world-traveling dating coach, Julien Blanc, and his misogynistic tendencies, which include posting images of him pretend-choking a young woman in a nightclub he is talking to for the very first time, him holding up a t-shirt that says “DISS FATTIES, BANG HOTTIES”, and commenting “Sounds like a checklist.” on a photo of meant to educate people about violence against women. He’s also released videos of him pushing girls heads into his crotch. People are even calling for him to be banned from certain countries, and earlier this month he was ousted from Australia. 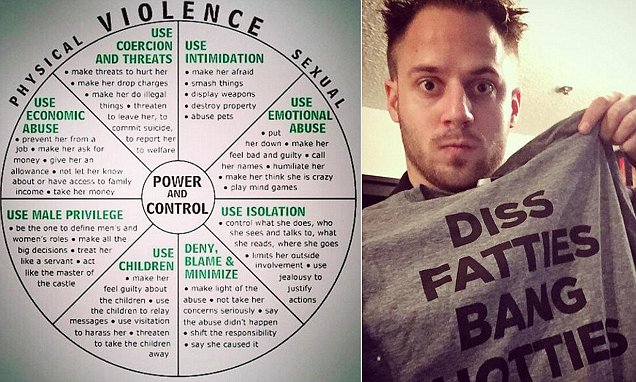 I’ve got a lot to say about this, so bear with me.

For one, I’m qualified to write about Julien because I’ve met him in person, hung out privately with him in a small group of  his co-workers, and interacted with him completely in a non-business way (meaning I did not hire him), and have the personal experience with him that many who would write about this do not have.

Julien, from what I saw, was somewhat quiet and reserved at times, and outgoing and funny at other times. At the time I hung out with him (April-May of 2012), I didn’t get a sense that he was a bad person or had ill intentions. When he spoke to men about dating at a conference, I could tell he genuinely wanted to help them.

However, there were aspects of things he said that I found very misogynistic. I’m not sure he was always like that, or if he picked this up from the environment he worked in because I got the same from some of his co-workers; this dark, underlying negativity towards women.

Now, it doesn’t surprise me at all to hear these kinds of allegations about Julien, nor would it surprise me if other allegations came out about other coaches within the company. In fact, I’ve heard them before. The company he works for, Real Social Dynamics (RSD), has always been a controversial. At least one of their other coaches practically condoned rape in a thread on their public forum. (I couldn’t find the link, though I did try…)

An example of something one of his co-workers said once, let’s call him Tom, was about how a girl Tom was dating needed more from him in their relationship. Tom’s answer wasn’t to try and reassure her that his like/love for her was genuine, no, instead his answer was to tell her that she could be replaced within hours and that would be of no consequence at all to him. I couldn’t believe this guy Tom was/still is teaching men to date women.

But back to Julien. During one of the times I hung out with him and his co-workers, Julien was asked by his boss to read a certain text message conversation out loud. It consisted of him literally “playing” a girl. She knew he was leaving soon and was unattached to him (or at least trying not to be), but he pushed her over and over to tell him she wanted to see him again before he left until she finally said it. Then, he didn’t meet with her and didn’t answer her texts for a few days while she went crazy for him.

And this conversation was asked to be read aloud *by his boss*… HIS BOSS! Not only was this kind of behavior condoned in the atmosphere he existed in, it was cultivated and praised! They all laughed, except for me. I remember thinking, “Geez, what a dick.“

There was an old mantra some of us followed: Always leave a woman better than you found her. I’ve personally seen that this company doesn’t follow that, and that the number of women they can rack up is more important than the women themselves.

I don’t condone chasing the number, the woman is always more important. She is a human being who deserves respect and (more often than not) better-than-fair treatment. (Let’s face it, not all women are kind human beings, but even then they don’t deserve some of the mistreatment these guys dish out.)

Look at his picture up there… Look at him in the video on CNN. He has a very different look in his eyes than he did when I met him. He looks mad, angry. Unless I hung out with him again in person I would think he’s a different person now. Btw, I don’t buy his apology at all, and he doesn’t seem sincere to me in the least. That’s sad because it shows he truly doesn’t get it.

All of that said, I can certainly understand how some things can be taken entirely out of perspective. But in this case, I think this is entirely on point because there are underlying issues here that seriously need to be addressed.

The problem with the dating coach industry is that the threshold to become a coach literally doesn’t exist. You don’t need any special training, certifications, degrees in psychology, nothing. In some cases you just need to show a guy you can get a girls phone number, and it doesn’t even have to be a real number.

This kind of thing really pisses me off because it creates a stereotype that all dating coaches are misogynistic. We’re not. We’re absolutely not. Personally speaking, I hold myself to the highest standards as a coach. I’ve been fortunate to have good mentors who guided me correctly, and the astuteness to observe when someones intentions were less than pure. A good coach needs to make decisions that are safe for the client, safe for the people around the client, and safe for the world.

When a coach can’t get a grasp on himself and see his own shortcomings, he can’t help a client without passing on his own inherent flaws. Julien has a hole inside of him that he cannot fill and he’s attempting to fill it with women. He doesn’t feel worthy as a person and he’s trying to fill that void not only by trying to take the worthiness away from the unfortunate girls who meet him, but he’s also using the admiration of the countless thousands of men who look up to him and want to be him (or least achieve the same results as him.

He’ll never fill the void inside of him this was, and in the meantime he’s contributing the misogynistic view to the men he coaches and who look up him. The fact that Julien went on CNN and said everything he said was a joke proves he doesn’t get it yet. Hopefully this attention wakes him and he learns to love himself and fill his own inner void. I’d be thankful, though surprised, if that happened. Why? 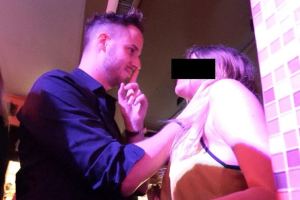 Because this is bigger than Julien Blanc. This is about Real Social Dynamics’ continued business practice and company mentality of cultivating an army of followers with a misogynistic mindset. The problem starts at the top and works it’s way down to the other coaches.

To the best of my knowledge, no attempts have ever been made to rid the the company of these harmful mentalities from the owners and higher ups. They don’t even see it as a problem. Which is pretty sad because despite all of what’s been said here, they do actually offer helpful advice to men who need it, but with this kind of overtone ridden throughout the entire company and throughout the message they send, it may be better if RSD finally shuts down and goes away.

It’s not right for a company with decrepit morals like these to keep operating, to pass them on to other men who want to improve their lives with women, because the suffering will only continue for both the clients, and the women they interact with.